I Love Toy Trains, Part 6 Real steam engines. How electric trains get their power. The Pennsylvania Railroad s GG-1. Let’s Play With a Wooden Train featuring a Brio-type layout. Hesston Steam Museum, the five Great Lakes. When The Animals Ride the Train. How track is repaired. Layin’ Down Those Railroad Ties. About Cranes, Hard Workin’ Crane. The different types of bridges. The house where Tom Sawyer lived and the fence that Tom Sawyer tricked his pals into painting. Build a Bridge. (37 minutes)

Be the first to review “I Love Toy Trains, Parts 4-6” Cancel reply 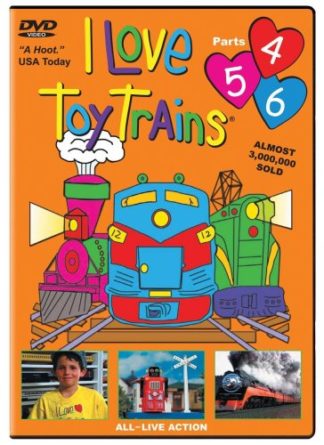