British Railway Stations in Colour: For the Modeller and Historian

Too low to display

From the West Country to Thurso, the most northerly railway station in Britain, 178 traditional stations are illustrated from the authors extensive collection of colour images. With the needs of modellers in mind, the emphasis is on smaller stations out in the countryside, but with plenty of larger structures included such as Bristol Temple Meads, Lincoln and Bradford Exchange. Recorded between the late 1950s and 1970s, many are now demolished adding a nostalgic element to this fascinating survey.

Be the first to review “British Railway Stations in Colour: For the Modeller and Historian” Cancel reply 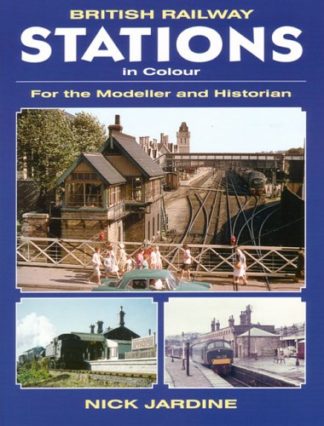 You're viewing: British Railway Stations in Colour: For the Modeller and Historian Too low to display
(as of 03/13/2020 at 18:33 UTC)
Buy product
Someone in purchased